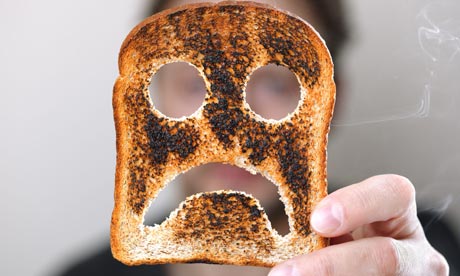 That Sugar Film showed what happens, but liver problems don’t just happen due to sugar!

Low sugar still may often be high carb/glucose.
* Liver health can be measured by a blood test for a protein called gamma-glutamyl transpeptidase (GGT)

* These raised glucose levels suggests fat stores in the liver are bulging, with diabetes and heart disease down the line

* * * Raised GGT levels appear in people with low-alcohol, starchy-heavy diets
“What the liver can’t store is then stored as body fat. The solution, he says, is simple: a low-carbohydrate diet. That means less glucose in the liver and so less fat.

And Dr Unwin has proven this theory in a study just published in the specialist journal Diabesity in Practice. He selected 69 patients in his practice who had very high levels of GGT and put them on a low-carb diet for 13 months.

Essentially, they ate mainly green veg, lower-sugar fruit such as blueberries, nuts, fish, eggs and meat. The idea was to cut out all added sugar and reduce starchy carbs, such as bread and potatoes, while increasing the amount of healthy fats from olive oil or butter.

‘The results were striking,’ says Dr Unwin. ‘The first thing that happened was their GGT readings dropped by an average 47 per cent. That makes sense because the liver is the first destination of new glucose supplies.’

After that came an improvement in other key health markers — on average, blood sugar levels dropped by a remarkable ten points, about the same amount achieved by some diabetes drugs — the patients’ weight fell by 11 lb, while the ratio of ‘good’ to ‘bad’ cholesterol went from 4.3 to 3.8, even though the patients were all eating more fat.

As always don’t be afraid of eating bread or potatoes as always the dosage and load determines the poison.