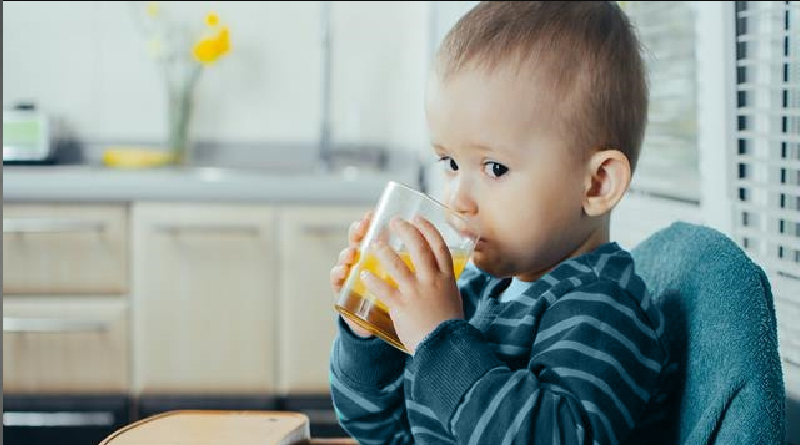 A study published last month, led by scientists at Touro University in Vallejo, Calif., and UC San Francisco took 41 children had all meals provided for 9 days with the same energy and macronutrient composition as their standard diet, but with starch substituted for sugar, yielding a final fructose content of 4% of total kilocalories. Metabolic assessments were performed before and after fructose restriction. (study) in short the they took the calories from fructose, and replaced it with glucose-rich, starchy foods. Calorie intake was designed to equal pre-study levels.

The study, led by scientists at Touro University in Vallejo, Calif., and UC San Francisco, examined the effects of a diet reduced in fructose – the sugar that is added to sodas and many snack foods. The researchers found that liver fat decreased by more than 20 percent on average in just days of a dietary change.

The study commented that “To date, small non-randomized studies in obese children have shown improvements in liver histology and aminotransferase activity after weight loss. Rather, in this study, we demonstrate that as few as 9 days of isocaloric fructose restriction significantly reduced liver fat, DNL, and VAT; and improved insulin sensitivity, secretion, and clearance in children with obesity and metabolic syndrome. The improvements in these outcome measures occurred irrespective of baseline liver fat content or weight change. These results suggest that fructose consumption and hyperinsulinemia are important determinants of DNL and liver fat, at least in high sugar consumers. These shortterm data support an intervention focusing on fructose restriction as an approach to both combat NAFLD and improve insulin kinetics. Further studies will be required to determine the efficacy of long-term fructose restriction as a means of preventing or reversing NAFLD and its associated metabolic sequelae. Nonetheless, this study provides evidence that support recent public health efforts to reduce sugar consumption as a means to improve metabolic health.”

If you want to see the raw data results of the 41 children:

The researchers where amazed to see in children suffering metabolic syndrome, that the switch improved insulin sensitivitys so fast and said “Insulin secretion both during fasting and in
response to OGTT decreased significantly in both groups. Insulin clearance rate increased significantly only in the high liver fat group.

And show that even though glucose content from starch was higher, it improved insulin sensitivity and said “We also demonstrated that despite an increase in the glucose (starch) content of the diet, insulin secretion decreased, thus protecting against b-cell exhaustion, thought to be important in the pathogenesis of type 2 diabetes ; and reducing total body insulin burden, thought to contribute to both obesity and risk for cardiovascular disease. These data also suggest an achievable dietary approach to improve metabolic dysfunction in similarly affected children who are high sugar consumers.

The researchers said the prevalence of fatty liver disease in adolescents has more than doubled in the past 20 years and is thought to cause a number of disorders by increasing insulin resistance, which dampens the body’s ability to control blood sugar, leading to Type 2 diabetes and other metabolic diseases.

This really highlights the effects of eating whole foods, rather than high consumption of refined sugar added in foods and drinks as an approach that is protective against type 2 diabetes and keeping a healthily liver in our children.