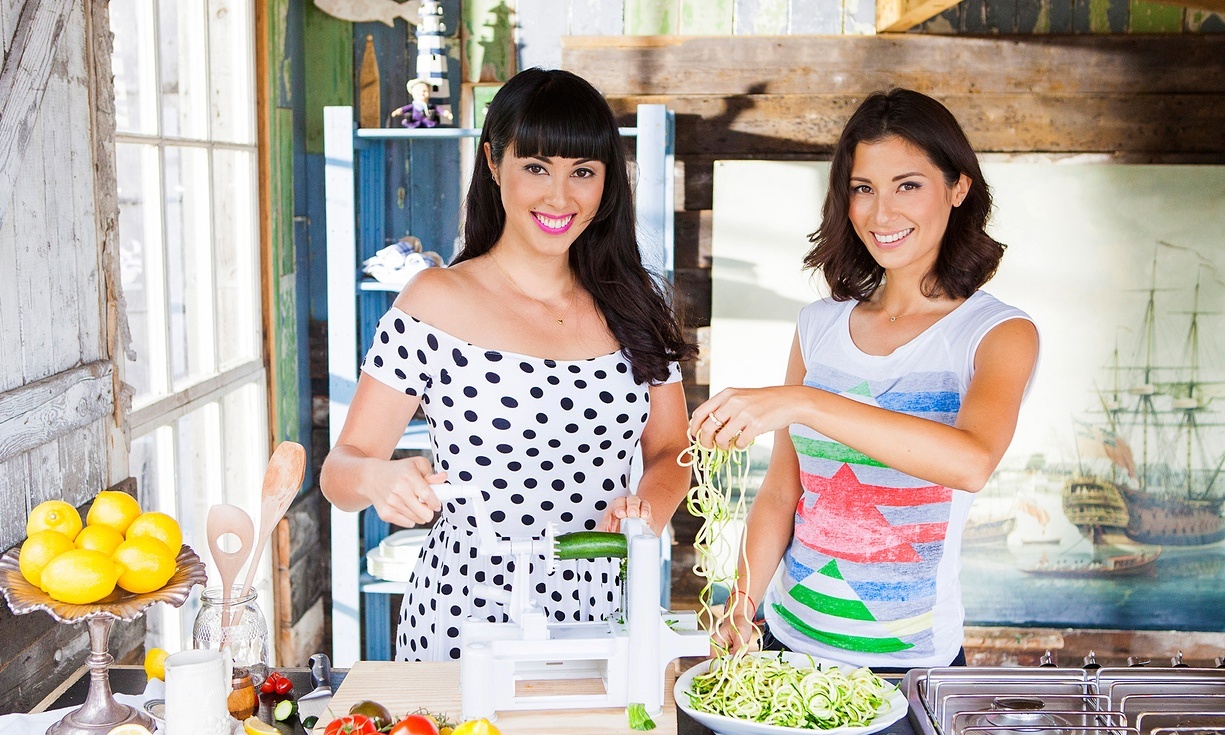 Another sign of the times is that the spiralisers where bestselling kitchen gadget of 2015.

And now in the world of convenience supermakers are selling pre-spiralled vegtables in the chiller cabinet. (UK at the moment) Retailers say increasing numbers of dieting consumers are turning to ready-prepared spiralised vegetables in order to get back into shape after the festive season blowout.

In the past three weeks the supermarket has seen record demand for the range – with sales of carrot spaghetti up by 55% over that period and butternut squash and courgette spaghetti each up by nearly 70%.

But it’s not just supermarkets that are attempting to cash in on spiralising. Italian eaterie Bella Italia has just become the first major restaurant chain to introduce spiralised vegetables to its menus.

Diners can now choose spiralised vegetable “spaghetti” – carrot, golden beetroot and courgette spirals – with a choice of one of what would normally be favourite pasta sauces; gamberoni (prawns), agnello (lamb ragu), pomodoro and bolognese. “With spiralised vegetable ‘spaghetti’ more on-trend than ever, we wanted to create a number of dishes to incorporate this ingredient and offer customers healthy choices at the same time,” said executive chef Vittorio Lettieri.

Last year UK supermarkets reported soaring sales of vegetables such as Zucchini (courgettes), sweet potatoes, carrots, celeriac and cucumber as consumers used spiralisers to create colourful and healthy dishes. Sales of the gadgets were astronomical. John Lewis made the gadget one of its five products that defined 2015 and sales at its Oxford Street store peaked at more than 100 spiralisers a day.

In the past 10 years of low carb eating I have never seen such large moves by the public in lowering refined carbohydrates.

I really think that 2016 will shape up to be a defining moment in the low-carb movement.