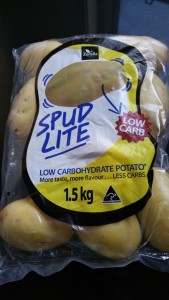 Here is the today tonight story on the potato

The potato’s are grown in south Australia and are exclusively sold in Woolworth’s.

Experiment
Can I stay in Nutritional Ketosis and incorporate 200g potato each night (18g carb in a hit) aiming for total of 30g of carb each day.

I test my blood ketone s every morning before I eat anything my morning ready before the experiment was 1.5.

Results
I found my blood ketone levels each morning dropping down 0.1-0.3 a day until by the 5th day it knocked me just under to 0.4 out of Nutritional Ketosis.

Conclusion
If you wish to stay fat adaptive save them for a so called fast food night once a week and have home made chicken and chips.

That way you’ll stay in nutritional ketosis and have a bit of variety in life and at lest that way you’ll have healthy fats rather than food cooked in canola oil. 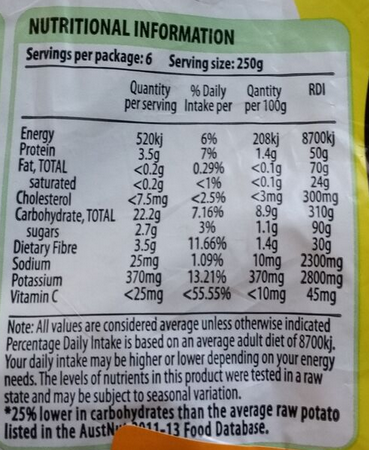