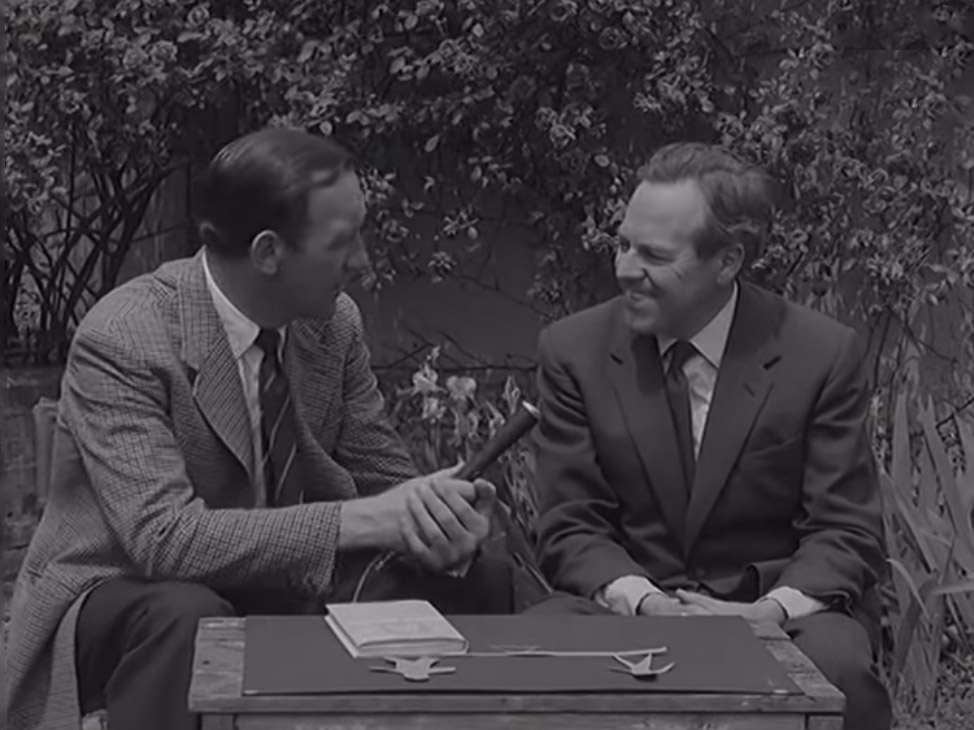 I made an interesting discovery yesterday that Dr. Richard Mackarness wrote a book called Eat Fat and Grow Slim over 50 years ago.

I find it always amazing discovering people in the past had already discovered that cutting cereal, bread, pasta and potatoes can make a difference to your waist line.

This was the video I discovered yesterday on YouTube showing an interview about the book back in 1958: 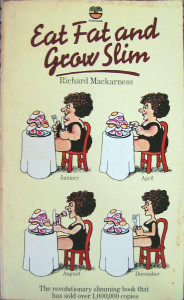 Dr. Richard Mackarness first book published in 1958 exposed the “calorie fallacy” and proposed a non-carbohydrate “Stone Age” diet of protein and fat with no restriction as to the amount eaten. 1I have also purchased myself a copy of the book as respect for the pioneers that discovered the power of low carbohydrate eating.

When Dr. Richard Mackarness retired as a doctor he moved with his wife to Australia in 1981 to be near their son, Patrick. Sadly his wife in 1984 died of cancer.

His last book, written in Australia, was A Little of What You Fancy (1985), in which he showed how addiction/allergy to smoking, alcohol, even to coffee, can be gradually controlled.

You can still find the book for sale on Amazon 2 and you can read many reviews like this one:

“This is one of the earliest (of the 20th century) books published on the low-carb, high fat way of eating. It is an easy, pleasant and informative read. It predates Atkins, but it is based on pretty much the same idea, that you can lose weight more easily, and more healthfully by increasing your healthy fats (avoid processed vegetable oils) like olive oil, coconut oil, lard and tallow from healthy animals, and by decreasing your carbohydrates. The science is finally catching up with the observations of some physicians, that carbs and high glycemic foods contribute to weight gain, diabetes, heart disease, some cancers, and possibly alzheimers and autism spectrum disorders. I don’t think this author made this point, but another early book written by a digestive specialist makes the point that humans have the digestive system of a carnivore. We, along with the wolves, are unable to process plants without the help of cooking or fermenting or otherwise processing. And there is no absolute nutritional need for carbohydrates, but there is a need for fat. We can live without carbs, we will die without fat. At any rate, the book is enjoyable and quick to read and it provides some suggestions on how to follow the higher fat way of eating.”

A more interesting theory is now current. It is that the kind of fat you eat is more harmful than the amount. The proportion of “hard” to “soft” fat in the diet is said to be critical. This theory has led to claims that “unsaturated” cooking fats and oils protect against coronary thrombosis. The soft, unsaturated fats stay liquid when cool and include the natural vegetable oils like olive oil, cotton seed and sunflower seed oil as well as the marine and fish oils. Saturated fats set hard when cool and include animal fats, hydrogenated vegetable fats and shortenings, margarine and solid cooking fats. In 1955, Dr. Bronté Stewart, then at Oxford, found that the blood cholesterol level could be lowered by giving people more unsaturated fat. But a survey of countries with different tastes in fats and oils fails to show that this protects against heart disease, or that eating mainly saturated fats encourages it. Norwegians, who eat a lot of saturated fat as margarine, have fewer fatal coronary thromboses than New Zealanders who eat little. And if the Norwegians are protected by the unsaturated oils in the fish they eat, then it is strange that Aberdeen, where a lot of fish is eaten too, has twice the coronary death rate of Oslo. Indeed Dr. Bronté Stewart has recently drawn attention to the weakness of the links between coronary thrombosis and either the kind or the amount of fat we eat. Writing in the British Medical Bulletin, in September 1958, he said that while there is strong evidence for a direct connection between diet and the level of cholesterol in the blood, any links between these two and atherosclerosis and coronary thrombosis are not convincing. He wrote: “Any policies regarding preventive programmes that the alarming increase in incidence demands would be founded more on assumptions than on facts.” The United States Department of Health is in agreement with this and early in 1960 issued the following statement: “It is the opinion of the Food and Drug Administration that any claim, direct or implied, in the labelling of fats or oils or other fatty substances offered to the general public that they will prevent, mitigate or cure diseases of the heart or arteries is false and misleading, and constitutes misbranding within the meaning of the Federal Food, Drug and Cosmetic Act.” It is difficult to see how the anti-fat theory has gained so much ground. History does not support it. The men who won the battle of Agincourt, the men who broke the Spanish Armada and the heroes of Waterloo all fed on butter, fat beef and fat bacon. They did not suffer from coronary thrombosis. If they had done so, the careful medical observers of the time would have described it. It is only since the introduction of highly refined and processed cereals and sugars into the diet that civilised man has been plagued with coronaries.

Be cautious at the greengrocer, choosing only those fruits and vegetables you know are low in carbohydrate, e.g., grapefruit, rhubarb, gooseberries, tomato, lettuce, orange, lemon. Avoid potatoes and root vegetables. Avoid the grocer, except for his cheeses, ham, bacon, eggs, peanut butter, butter Buy your food at the butcher and the fishmonger as much as you can and cook it fresh. They sell the foods that keep you well and help you to burn up your excess fat. It will cost you more but it is worth it to be able to slim without starvation.

Some Closing Comments he added

[Doctors] would be convinced if they could have seen fat patients in Professor Kekwick’s wards at the Middlesex Hospital, losing only a pound or two on a 1,000-calorie diet containing a high proportion of carbohydrate, being switched to a high-fat diet with a much greater calorie intake and immediately losing weight, then ceasing to lose again when put back on a high-carbohydrate calorie-restricted diet. Starch and sugar are the culprits. Cut them right down and eat fat and protein in the palatable proportion of one to three. You will then grow slim while you eat as much as you like and feel well because you will be eating the best kind of food. It is as simple as that. Never mind the theory, which may still have to be modified as research goes on. When you have got back to your normal weight for your age and height you may eat more carbohydrate again in moderation. But watch the scales and if your weight starts creeping up, go back on the diet. Try out the diet. It works.