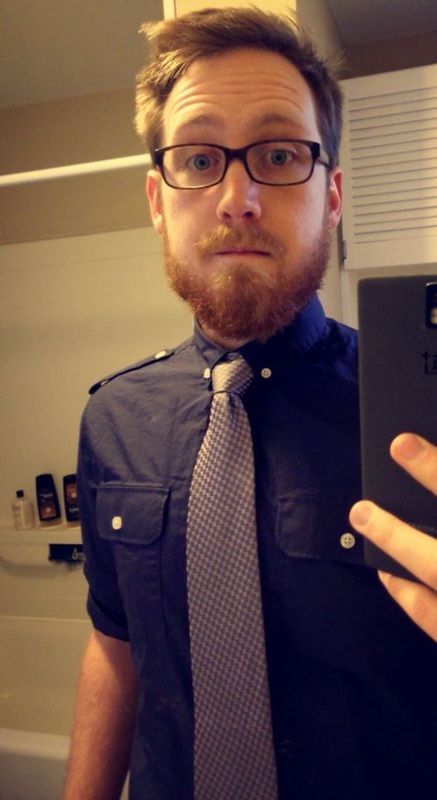 We are back with another interview of someone living the ketogenic lifestyle!In today’s interview I would like to present Cameron. He has been living keto for over three years and lost over 80 pounds (36 kg).So we can definitely learn a lot from his journey.

Can you tell us a little about yourself?

My name is Cameron and I’m constantly cold. I’m a native Floridian that has moved to the Arctic tundra of Greensboro, North Carolina.I moved here back in November of 2014 due to landing a great new job that would get me out of living in poverty.Having always been a kid glued to his computer, it makes sense that I work on a computer all day long.

Would you like to take a guess at how I got so large?

What moment or event started your weight loss journey?

My fiancé broke up with me two days after Valentine’s Day in 2012. I guess she didn’t enjoy Medieval Times as much as I thought.At the time I thought if I committed to losing weight she would see that I could accomplish a goal if I put my mind to it and get back together with me.She didn’t, but I still lost the weight. Now she’s trying keto to lose weight!

What was your starting weight? What weight are you at now?

How did you discover the Keto lifestyle and how has it affected you?

I was listening to the Tested.com podcast and frequent guest Gary Whitta was talking about how he started losing weight by eating as much bacon as his heart could handle.He was doing paleo, but after looking it up I decided it was a bit too strict for me. On the sidebar of the Paleo sub-reddit was a link to /r/keto. I had found my people.Keto is the reason I can cook. Before starting I could barely boil a pot of water. Since eating out on keto is a challenge, I was forced to stay in and figure out how to brown ground beef.

Nowadays I’d rather cook at home than eat out because I can typically do a better job and make the food for less money.

What is your favorite Keto recipe / food?

In another lifetime of mine, whenever I’d go to an Italian restaurant I had to order the Chicken Parm. It drove my ex-fiancée nuts that I always ordered the same dish no matter where we went. I just recently attempted making a keto version and it’s probably my favourite version.Last time I made this I just used what I had in the house.Flattened out chicken breast, seasoned and cooked however you like, topped with Rao’s Home-made Marinara sauce (a better marinara sauce does not exist), and finished off with fresh mozzarella slices.

Put under the broiler until the cheese is melty and enjoy.

I had lemon pepper asparagus as a side dish.

Don’t waste your money on keto strips and stop caring about the scale.Go ahead and look if you absolutely must, but don’t let that number be what determines your success.Take pictures every week and look at them at the end of the month.